Mike Hagerman is an accomplished entrepreneur, with over 40 years experience leading businesses to success. In each of his roles, his objective has been to lead the team to create something that differentiates the business in the marketplace - with the goal of innovating to the firm’s advantage, becoming an industry leader and giving first quartile returns to shareholders. Today, Mike is focused on enabling technologies to help financial services companies perform at a higher level, the key being usability. In any technology, Mike’s philosophy is that, while it is easy to make something hard, it is hard to make things easy.

Mike is currently the co-founder and partner of ACT Medical Diagnostics Inc., which is dedicated to sourcing the best medical diagnostic tests used around the world. The theme of the company is "Early, precise diagnosis means better prognosis." Throughout his career, Mike has held CEO and senior leadership positions for a wide range of companies in financial services, travel, and technology. He remains the President of DirectorsEdge and was Chairman of Bardel Entertainment, Executive Chairman and Co-founder of Subserveo, Chairman and CEO of Make Technologies, Managing Director of Goepel McDermid Inc. (sold to Raymond James Financial), and CEO of Primerica Financial Group. Mike also co-founded (and was CEO) of Uniglobe Travel’s originating company in Canada, and later became President of Uniglobe Travel, which grew to become the world's largest single brand travel franchise organization, with locations in more than 60 countries.

Mike is an active member of many boards, including InvestXand Vaccinogen. Mike holds an HBA, in Honours Business Administration from the University of Western Ontario and an MBA from the Ivey School of Business. He was Chairman of the Ontario Heart Foundation (Southwestern Chapter) and Chairman of the Financial Services Committee for the Toronto United Way Campaign. Mike is married and has 3 children - 2 daughters and a son. 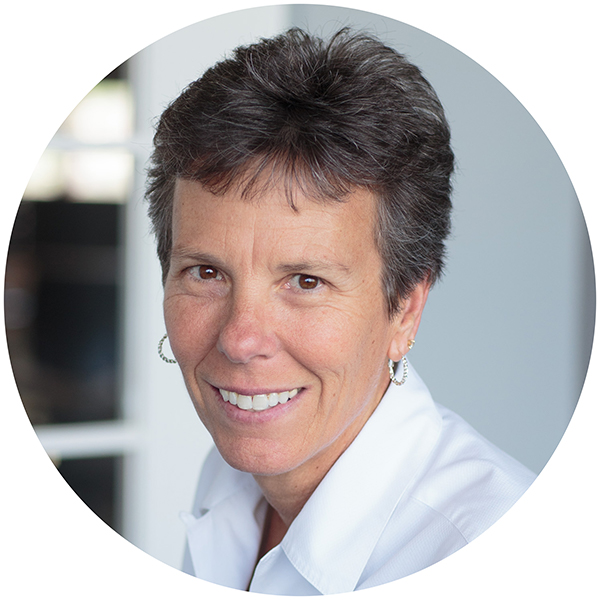 Pamela Springer is a seasoned entrepreneur with more than 25 years of experience growing tech-based companies including raising nearly $55M in funding and leading re-starts and IPOs. She has dedicated her career to building high-leverage platforms that have exceptional business models and a best-in-class team at the helm.

Springer most recently served as president and CEO of ORIS Intelligence, provider of actionable insights that preserves pricing integrity for manufacturers. There, she drove strategic growth for the company including being named one of the fastest growing companies in Ohio, supporting over 750 world-class brands and growing its team by 100 percent over the past three years, leading to its recent acquisition by PriceSpider.With this integration, the ORIS technology will be unified with PriceSpider's platform to deliver more powerful insights into purchasing behaviors and pricing to help brands protect their identity online.

Prior to ORIS, she built Manta Media into one of the largest, most trafficked websites in the U.S. Pam has been recognized as one of the "13 Powerful Women Running Today's Biggest Startups" by Business Insider and was awarded the 2011 Ernst & Young Entrepreneur of the Year Award in Technology for the Central Region. She sits on the boards of multiple emerging growth companies including RevLocal and InvestX Capital.

Arkadi Kuhlmann is a prolific businessman who is perhaps best known as the CEO and founder of ING Direct, which revolutionized the landscape of banking as we know it by focusing on a simplified, customer-based business strategy.  Throughout his long career, Kuhlmann has devoted himself to finding new and innovative ways to help people save their money, earning a reputation as both a shrewd businessman and a savvy expert in the ins and outs of banking.  Drawing from his wide range of experiences working everywhere from ING, Deak International, Zenbanx to the Royal Bank, Arkadi continues to work with start up and new technology projects.  In his speaking engagements he encourages audiences to think about how they can incorporate concepts of leadership and innovation to change their company culture to empower performance.

Rick Sapio is a lifelong entrepreneur who started his first company, a bicycle repair shop, after the death of his father when he was 14 years old. Since then, he has founded more than 20 companies. After graduating from Rutgers University, with a B.S. in Engineering, Rick worked in the investment industry and traded distressed securities. Shortly thereafter, he became the youngest partner at his firm, while still in his twenties.

In 1994, at age 30, Rick founded an investment holding company, Mutual Capital Alliance, which has made more than 50 investments in the past 20 years. Rick remains the CEO to this day. His company invests in private companies, public companies, and real estate. His firm currently has more than 30 holdings. He is the founder of six publicly-traded funds, and a founding partner of a private equity fund. His firm is also an active investor in 10 health care and medical device investments.

Rick was the President of Entrepreneurs Organization for two years, and is currently a member of YPO. He is the five-time Chairman of MIT's "Gathering of Titans" program in Boston. Rick has a passion for doing business 'turnarounds' and in the past few years has successfully turned around several mid-sized companies. He has learned that business growth and success is accelerated when a few key actions are applied. He has found that by using “The 12 Foundational Principles of Business,” virtually any company will be put on the path to prosperity. Rick created ChiroBusinessFinishingSchool.com to help people put these principles to work in their business and personal lives. He is married to Melissa and they have three children.